Catching the Conscience of the King

December 12-13 brings a special gift to Readers Theatre Rep audiences: an all-woman telling of Hamlet, Act II, Sc. II themed “The Play’s the Thing,” directed by Wendy Wilcox. Wilcox is former member of Woman’s Will Theatre Collective in San Francisco, an all female Shakespeare company. The production honors The Complete Works Project, a Portland collaboration designed to stage the entire canon over two years’ time. “Our evenings are one hour long, and so perfectly suited to highlight one intense scene in a play,” says Wilcox. “This is Readers Theatre Rep’s way of saluting this effort.”

Of selecting Act II, Sc. II of Hamlet, Wilcox says “Shakespeare gives us the Player King and his troupe to ‘catch the conscience of the king,’ which brings rapier focus to Claudius’ crime. The stakes are never higher.”

An all-woman telling of the tale offers interesting amplification of some themes while bringing fresh heartache to others, Wilcox adds. 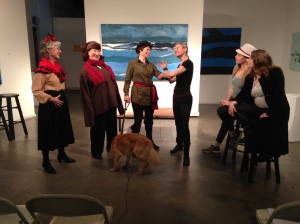 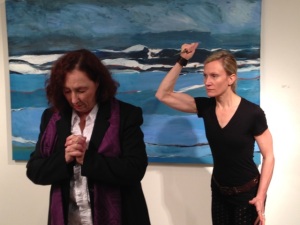